The word LASER is an acronym that stands for Light Amplication by the Stimulated Emission of Radiation. In simpler terms, a laser is a single-wavelength (one color of light) source of high-energy light, which can be accurately focused to transmit that light on to a very small area.

The Last word in the acronym “radiation” is a common source of patient anxiety. However in case of lasers, the word is employed to describe how the laser light is propagated through the space as “radiant waves. Patients should be assured that all currently approved medical lasers are incapable of ionizing tissue and have none of the risks associated with the radiation used in cancer therapy.

Lasers are monochromatic, which means that a given laser emits light of only one wavelength (or color) of light. They work in cosmetic applications through a process called “selective photothermolysis.” When broken down, this very fancy word means that it modulates the frequency of light (photo) to produce heat (thermo) in the specific area of the corresponding thing you wish to destroy (lysis). To do this, the wavelength of the light beam must be in sync with the color of the target which is to be addressed, whether that be brown spots, unsightly red broken capillaries or some other undesirable skin condition.

1.) Fine Lines and Wrinkles: For treating lines and wrinkles, a combination of skin resurfacing and skin-tightening procedures can be used or both can be accomplished with a more aggressive ablative laser, such as a co2 laser or Erbium: YAG.

2.) Skin Tightening: Most cosmetic laser procedures provide some level of superficial tightening at the least, because they produce a controlled injury of the skin, which encourages increased collagen production. For more significant tightening results, though, CO2 lasers are the laser of choice. In addition, as above, there has been much success using nonlaser, light-based treatments, such as Titan infrared devices and Thermage radio-frequency based systems.

3.) Pigmented Lesions: The most-commonly used lasers for the treatment of pigmented lesions, such as sun spots, age spots, melasma and other forms of hyperpigmentation are the pulsed dye, Nd:YAG and Fractional(Fraxel lasers), along with nonlaser, light-based treatments, such as IPL.Because melanin absorbs light in the ultraviolet to near infra-red range ,a wide variety of lasers have been used to target benign melanocytic lesions .Q-switched ruby, Nd:YAG and alexandrite lasers are used to treat variety of pigmented lesions such as lentigines ,benign melanocytic naevi, blue naevi,naevus spilus,naevus of ota.

4) Vascular Lesions: Vascular lesions include broken blood vessels on the face, unsightly veins on the legs, spider naevi, haemangiomas and certain birth marks such as port wine stains For these types of skin irregularities, IPL is a common choice, as it is minimally invasive. Also popular for treating these lesions are the pulsed dye, Nd: YAG and diode lasers.

5) Tattoos:  Q Switching Nd: YAG, remain popular for tattoo removal; other tattoo removal lasers include ruby and alexandrite, although some success can also be had with the use of IPL. In case of tattoos however, no other laser technique is found to be more effective than Q-switching.

6) Hair Removal: The success and safety of laser hair removal is highly dependent on the pigment present in both the skin and the hair of the patient being treated. For darker-skinned patients, the Long pulsed Nd: YAG and diode lasers are often the lasers of choice, and for lighter-skinned patients, IPL has proved effective.

7) Acne and Acne Scars: For deeper acne scars, the CO2 laser remains the gold standard, although more recent developments such as the erbium: YAG, fractional laser and certain nonablative lasers have shown considerable success on more superficial acne scarring. For the treatment of active acne, LED technology has proven to be quite effective.

8) Leg veins and varicose veins.The thread veins and some of the smaller veins which are dilated up to 5 mm can be treated with deeply penetrating Nd: YAG 1064 nm

For varicose veins per say no external laser is able to deliver sufficient energy and that too uniformly circumferentially. This drawback was overcome with endo-luminal delivery of laser energy with an optical fibre. These are called as endovenous procedures and both radio frequency (RF) and lasers are being used as energy sources.

In endovenous lasers initially Diode wavelengths like 808 nm, 810 nm and 840 nm were used. Now Diode 980 nm is being used and recently Nd: YAG 1470 nm is introduced
Other Light-Based Cosmetic Applications

There are many different modalities of light-based technology being used in the world of cosmetic surgery today. Though these methods are often referred to as “laser” procedures, the devices being used are not actually true lasers. These technologies include IPL, LED treatments, Titan and similar infrared energy-based technologies and radio-frequency based procedures, such as Thermage

Who Can Give You A Laser Treatment?

Unfortunately, the answer is almost anyone! Lasers are a technology that are not being carefully watched or regulated. In most countries you aren’t even required to have a license to use a laser, much less any special training. In the worst case scenario, someone with no license, training, experience or certification is hired, shown some settings and how to push the button, and in comes their first customer.

What can go wrong? If the settings are too high or the operator uses you can blister or, worse, get third degree burns that leave permanent scarring. If the operator tries to use the wrong equipment — an IPL to remove a tattoo, or a laser hair removal device that isn’t designed for dark skin tones — they can create burning and damage

Question to Ask Before You Get a Laser Treatment

“What lasers are you going to use on my skin, and why?” During a face to face consultation, this gives you an idea of how knowledgeable they are, and that they are going to treat what you’re concerned about.

“What licenses do you have, and what’s your training on lasers?” This tells you whether they’re a skin care specialist/laser surgeon or someone who was hired off the street. You can also ask this on the phone before you go in.

“How long have you been doing this?” This gives you an idea of their experience level — but people have been known to lie. This is another question to ask on the phone. You can say you only want someone who has been doing it for at least two years.

“Do you have insurance?” This applies to the spa that is giving the service and the individual.

The safe use of any laser begins with appropriate training and familiarization in the indications and uses of each device. This allows the development of the necessary proficiency that will also result in the concomitant maximal safe use of each device.

Safety is the most important aspect of properly operating a laser or other optical device since there is always some associated risk to the patient, the laser surgeon and the operating room personnel whenever laser is being utilised for treatment. In the outpatient arena the safe operation of lasers is not generally determined by the manufacturer, medical licensing board, or other regulatory body. Thus it is important for the laser operator to understand the risks involved in using lasers and then develop an appropriate group of standards to ensure that the equipment is being used in the safest fashion possible. 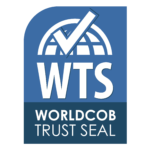